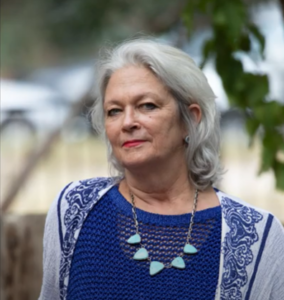 Naya Arbiter died on the 3rd March 2022. Nayas impact has been significant and she will be dearly missed by the Therapeutic Community across the world. Our thoughts are with her family her dear partner Rod and all at Amity in their time of grief.

A native New Yorker, Naya Arbiter spent her adolescence between New York, Bolivia and Mexico.In her late teens, she moved to the American Southwest and became involved in using and smuggling drugs over the Mexican/Arizona border.

Arrested in Mexico, but released from jail before her 18th birthday she was given a well-constructed chance by a courageous probation officer to go to the first American TC (Synanon).

After 10 years at Synanon, Naya, at age 28, went back to Tucson, where she had attended high school and founded Amity. With her partner Rod she grew Amity from a small local organization to one which has touched thousands of lives in the US, and has been influential around the world.

Nayas work with prisoners has evidenced the highest recidivism reduction with the most criminogenic population ever studied. She authored 14 volumes of TC curriculum, which foster personal growth, emotional literacy and social responsibility. She served on the inter-American Commission for Drug Policy. She was appointed as Vice-President of Therapeutic Communities of America and chair of the Standards and Goals Committee of the World Federation of Therapeutic Communities and served on numerous scientific committee advisory boards including that of the National Treatment Improvement Evaluation Study (NTIES). She was also chosen as one of the conferees for the White House Conference for a Drug Free America by President Regan.

In 2013 Naya was the third American and the first woman to receive the prestigious “Eric Broekaert Acknowledgement Award” of the European Federation of Therapeutic Communities, given to those acknowledged to have made the greatest contribution to the ongoing development of the therapeutic community methodology.

Nayas life’s work has been to construct chances for those in seemingly impossible situations. Nayas power came from her ability to use her life experience and her deep professional knowledge to connect with anyone she came into contact with; people in addiction, colleagues, politicians, policy makers. A fierce advocate of individual rights and the power of recovery, Naya never missed an opportunity to teach – and we all learnt much from her. We will miss her smile, her generosity her creativity and her wisdom. 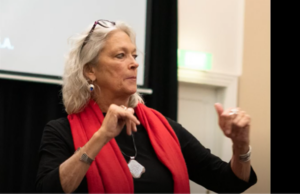